I (Jeff) went outside with Aylin this afternoon (which makes me wonder, at what point does "unseasonably warm" become the new norm?). As she was toddling off to the edge of the yard, I was just sort of moseying along behind her. She stopped, turned around and jabbered something at me that I interpreted to mean, "Will ya hurry up already?"

To which she replied, "I cummeem!"

For the most part, she's been learning to identify objects (though this weekend's marked a move into some different stuff, including the "I cummeem!"), and she remembers them later. Anyway, "I cummeem!" has been today's phrase of the day. It's stinkin' cute. I love seeing how hungry she is to learn, how quickly she learns and how sticky these new things are.

"I d'no!". Repeat ad infinitum all day long — and not a few times today — with lots of variations in tone and inflection, shrugs and hand gestures, to boot.

Pretty amazing stuff. It also serves as a constant reminder to be careful of what I say and what she might hear. That's good for me. 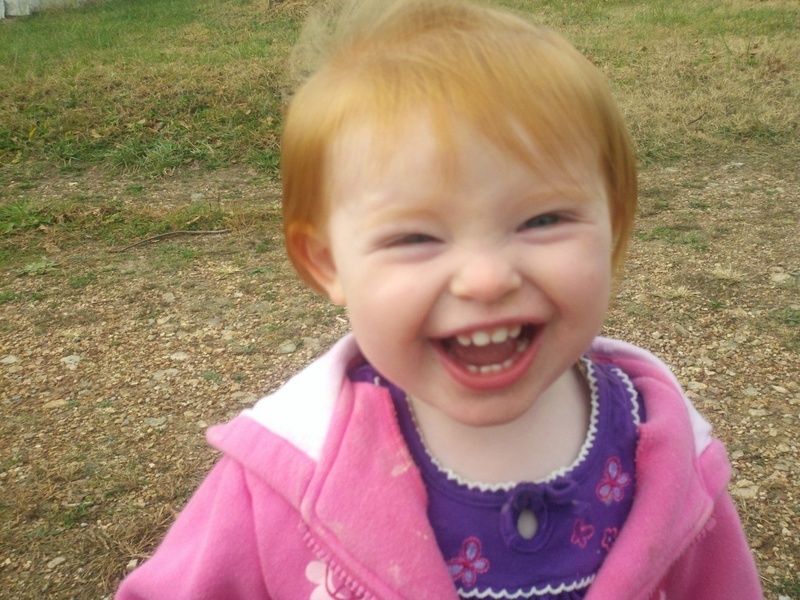 Kristina's been saying for a week or more that she thought she was coming down with something. Aylin has been tossing her cookies off and on since Saturday. She went to daycare on Monday and Tuesday, ran a bit of a fever on Tuesday, then came home with 101° F temperature Wednesday at lunch. Kristina was really not feeling well Wednesday night, and they both stayed home all day today, fighting the stomach bug.

Aylin — unusually, if you know her at all — fell asleep on the living room floor about 6:45 tonight. Kristina put her to bed, and now she's in bed herself.