That moment when you work on a new blog post and have it mostly finished and then you press the wrong button and the whole thing is lost... So... Here I go again!

Aylin got to spend 3 Saturdays in January taking Art classes at Crystal Bridges Museum. The first week they learned about developing characters (she painted a Chef), the second week they learned about setting the scene (they colored their drawings using water and colored tissue paper), then finally they wrote a story (she wrote about a bear, it was a little terrifying actually). Then while Aylin was at the art classes mom got to enjoy exploring the museum, enjoy a cup of coffee, and then i discovered one of the museums best kept secrets - the library on the top floor overlooking the water and Eleven restaurant. 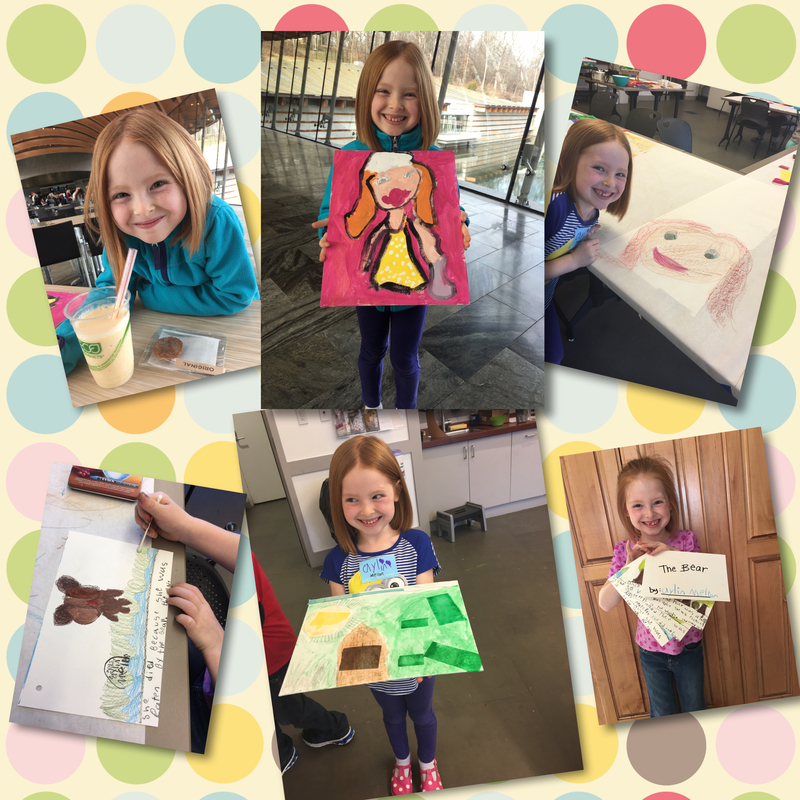 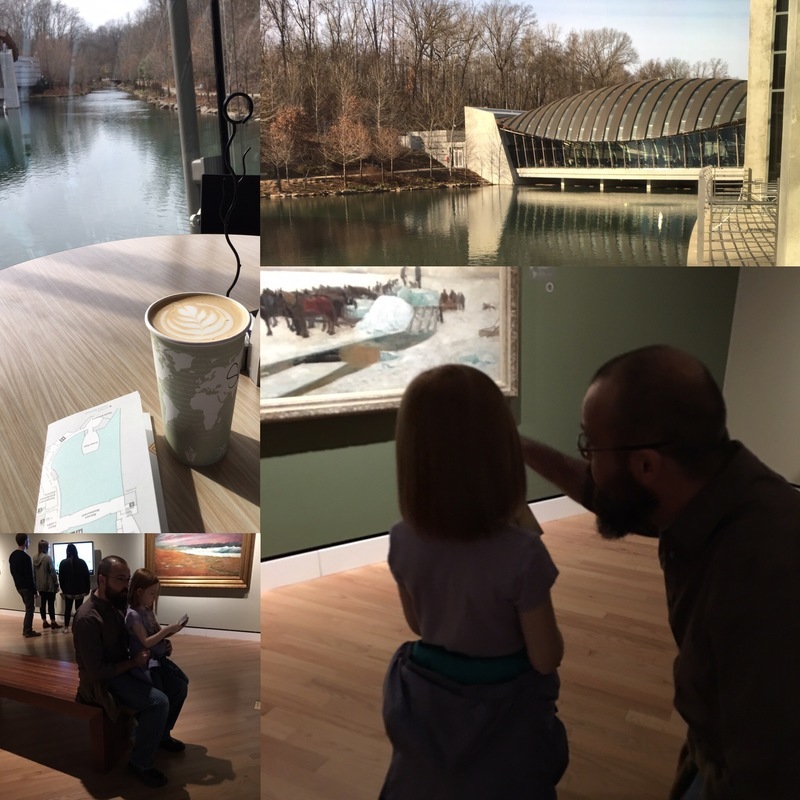 A few other things that happened in January:

Jeff & Teena had a weekend excursion with Jeff's company over at the Hard Rock Casino Hotel while the grandparents in Harrison kept Aylin and appropriately wore her out (and spoiled her).

Aylin had TACKY day at school, and may I say that she did that well...

We enjoyed some warmer than usual weather and as such enjoyed our walks home from school, occasionally accompanied by her buddy Stella. 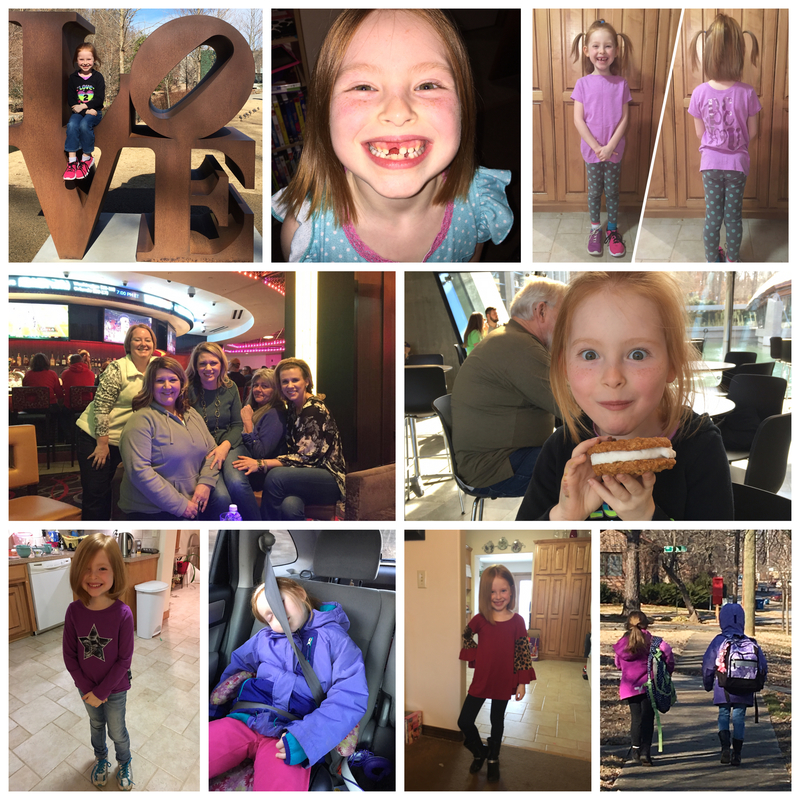 We only had one minor snow (which sadly for Aylin did not produce enjoy snow either for a snow day from school, or enough snow to make a snowman). 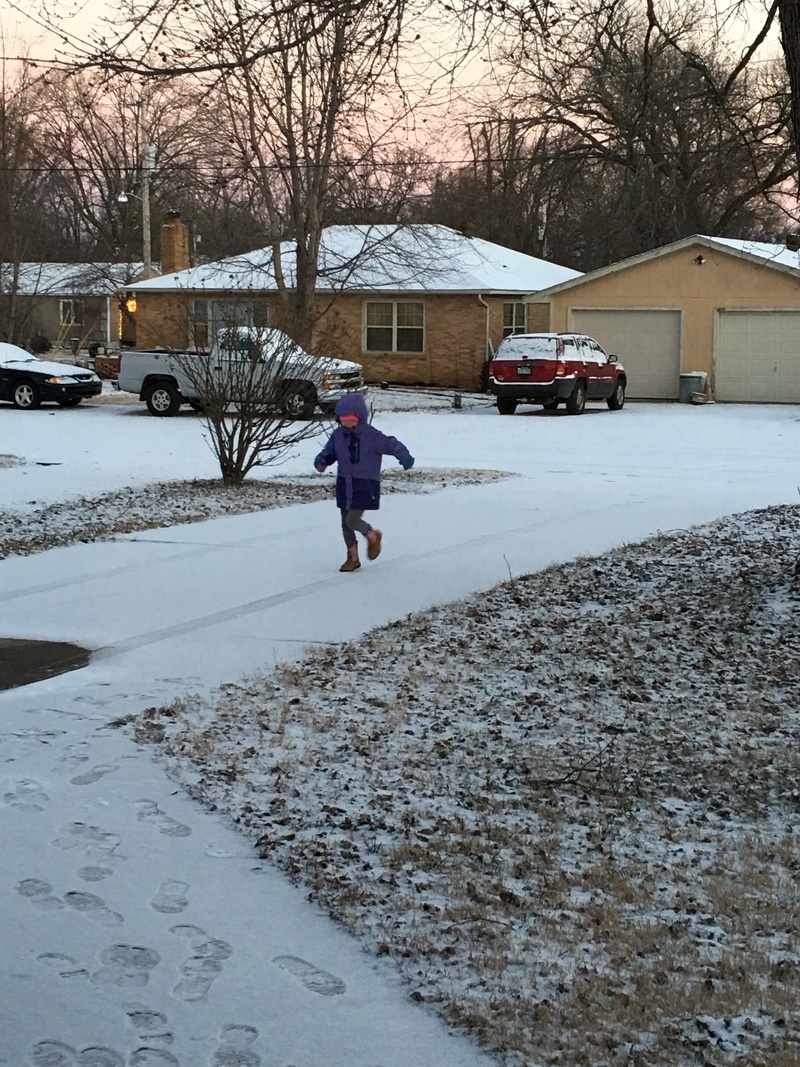 Aylin at random decided to entertain me with her mad breakdancing/bridging skillz:

I had another video I wanted to share, but apparently because it is 3 minutes long it doesn't want to upload due to the size. So maybe another day I'll get it figured out and add it in...