Lots of FUN in the month of February around the Melton Casa!

We had a cozy Super Bowl viewing just the 3 of us, I made sweet potato waffles and chicken with a honey sriracha aioli sauce. Jeff and I liked it, Aylin wasn't such a huge fan of the sweet potato waffles. We all marveled over JT and his crazy talent and generally PG halftime show. Then cheered on the Eagles as they pulled out a WIN over the Patriots. It was a pretty impressive game over all, and I'm not usually in to football... So there's that. 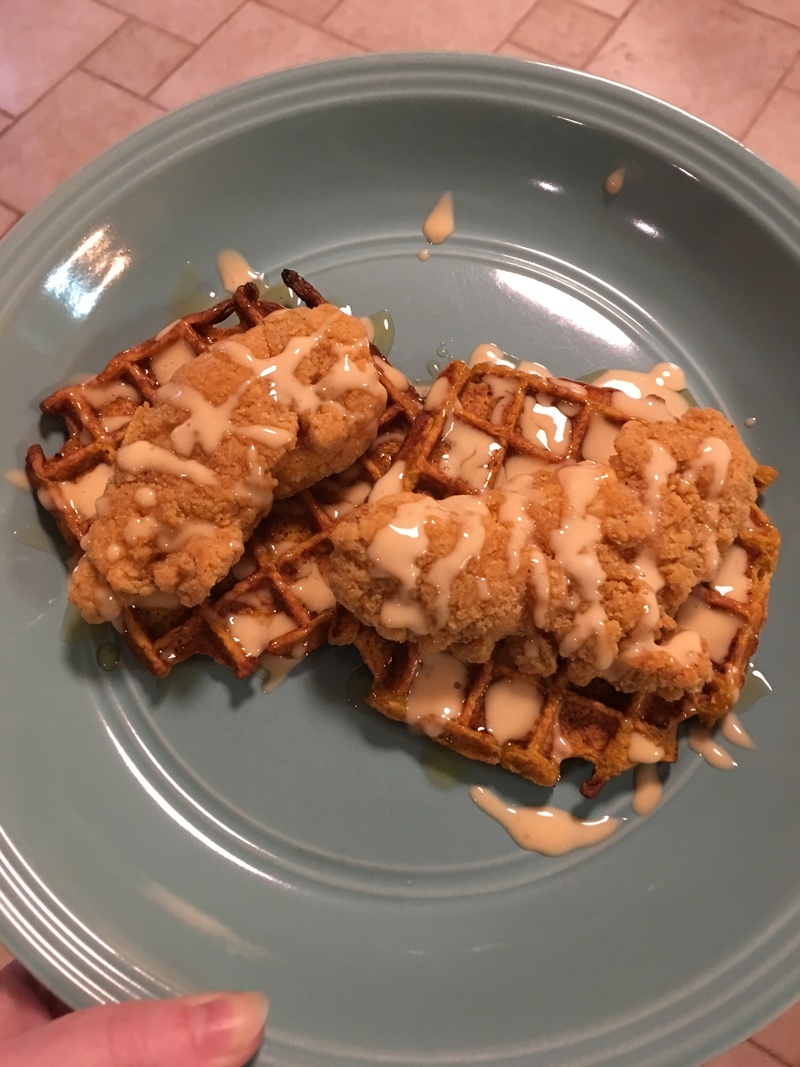 Aylin worked hard at school, and had set a goal to get OFF THE CHART on her behavior chart. They use a clip up/clip down system in her classroom; for good behavior they clip up, and bad they clip down. Often times her chatty nature causes her problems and she hovers around green (which is neutral). So hitting pink (highest color) or off the chart (highest possible) is a pretty big deal. She made a pact with a neighbor friend that if she got off the chart, our neighbor told her she would take her for a hot chocolate treat. So it was a big deal when she finally did set her mind to it and she reached her goal. In fact by the end of the month she had reached off the chart TWICE. 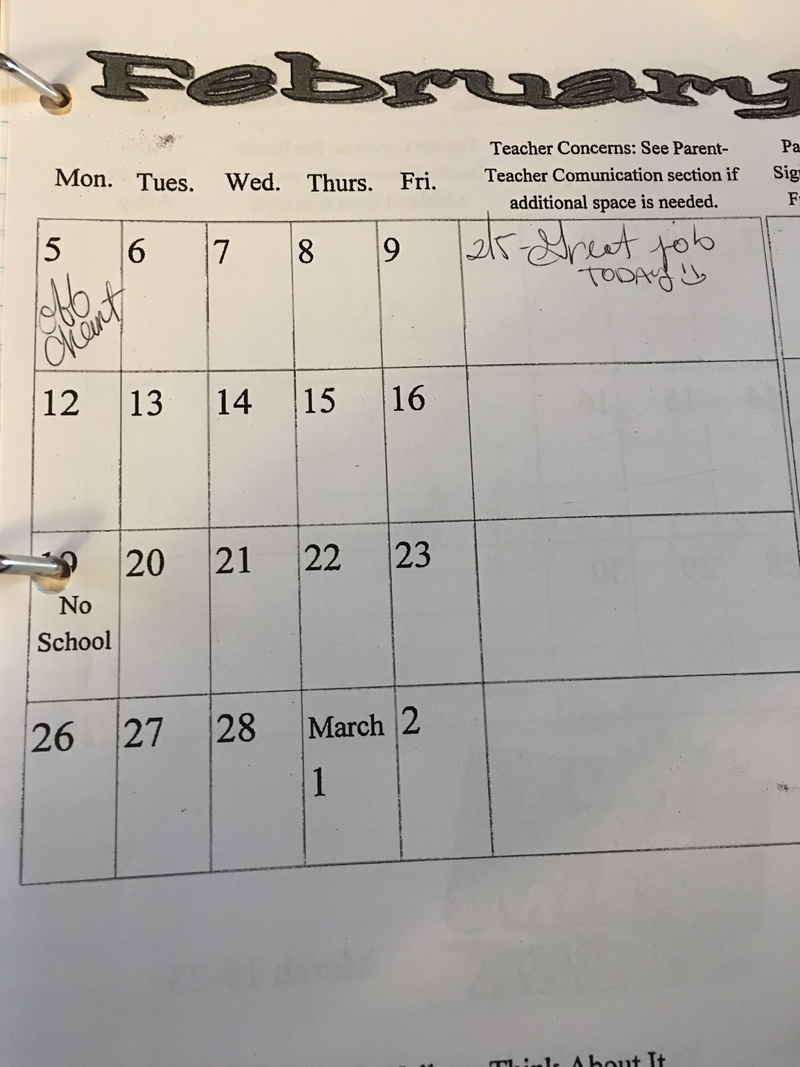 IF:Gathering - This isn't something I would typically write about in the family blog, but I decided it was ok as a little blurb because, after all, it was something that happened in February. IF:Gathering is an awesome Women's Conference (of sorts) that takes place in the beginning of Feb, and this was the 5th year. It's hosted down in Texas and was the brain child of Jennie Allen. I have watched it online in the past, and last year watched it with friends. This year though I decided to go watch the simulcast with a friend at her church. It was so so good! If you've never been a part of it, you should definitely look it up. They keep the videos available online on their website for you to go back to and re-watch, or host a gathering in your home at another point in the year if February isn't a good month for you. I think there is a small fee for downloading it, but it is so so worth it. It's great to be able to hit the pause button on all the other things that keep us busy, and connect with other women in such a deep and meaningful way. It's so inspiring, and it fills me up each year. It was so fun to get to do it with a close friend this year.

Valentines! I had fun spoiling my loves with yummy food and decorations for Valentines. I made toad in a hole for breakfast using a heart shaped cutter for the holes. For dinner we had chili and cornbread but I colored the cornbread pinkish red, and set the table all nice with our red place mats and used real napkins and set the table all fancy like. 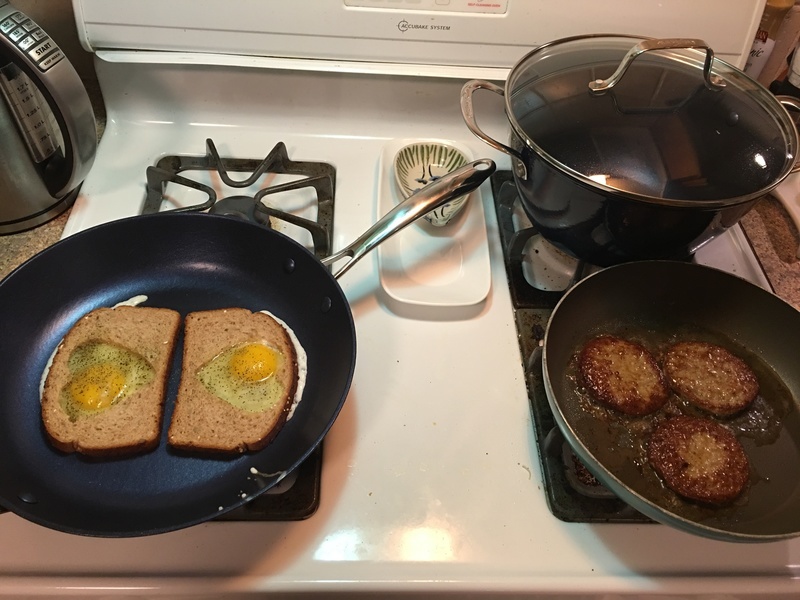 Aylin made an ADORABLE unicorn for her school Valentine box, and made rainbow colored hearts for her valentine cards. I love that she loves to make her cards herself. She had a lot of fun thinking through and then putting together the unicorn box. Yay Pinterest for ideas, and then figuring out how to make it work with what we have and putting her own unique touches to it. I love her spunk and creatiity. 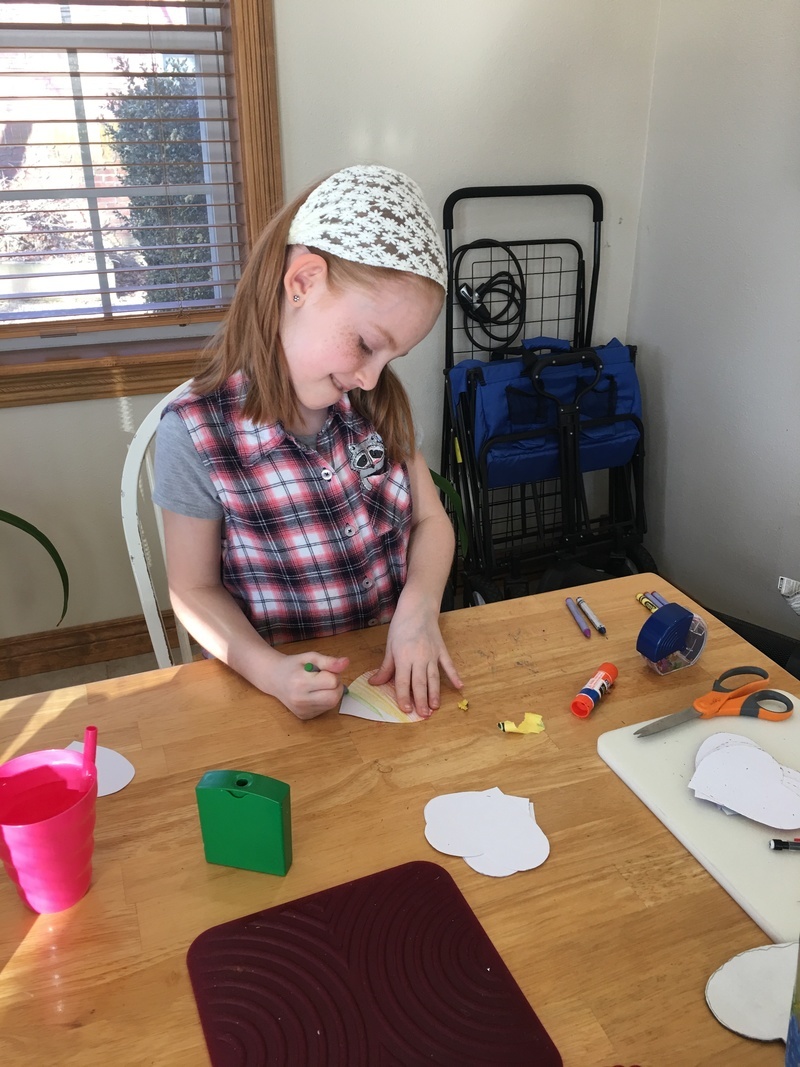 Aylin got to enjoy some cousin time with baby Eliza and learn a little bit about babysitting. She had so much fun, and Eliza is just such a doll! In a few short years she'll be doing the babysitting all by herself! Oh my! 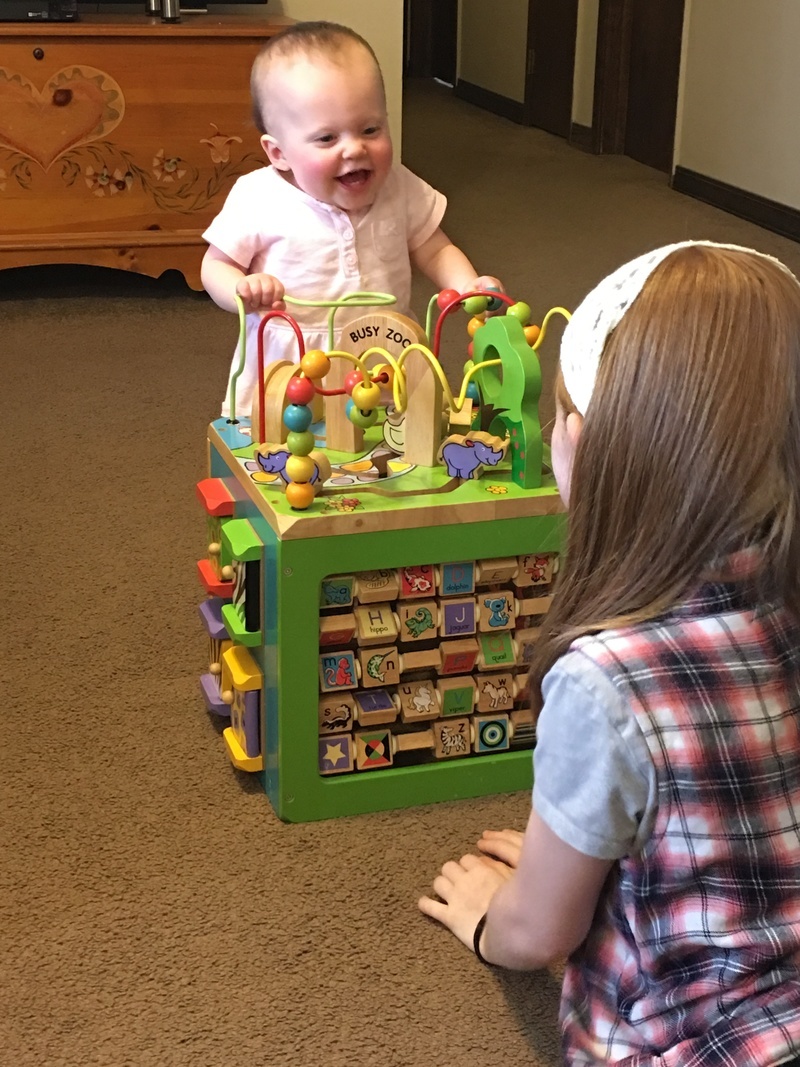 Aylin's BIRTHDAY! It's hard to believe that tiny little munchkin has grown into such a sweet, responsible, kind-hearted 9 year old! We started the celebration off with dinner after church Saturday night, we had to go to secondary options though because her first pick was such a long wait it would have been disasterous. So she picked Whole Hog BBQ that we took home to enjoy while watching a movie (Chitty Chitty Bang Bang!). Then Sunday we surprised her with a day in Spingfield, MO - we matched up with Papa Joe and Grama Linda at the Mall and did some shopping, part of our gift to Aylin was letting her shop (I'm pretty sure shopping is one of her love languages) and pick out some things. Justice, and Build-A-Bear were the main attractions (shocker). She loved picking out an adorable bunny and going through the whole routine of picking out what sound thing goes inside, putting in a beating heart, she added a bubble gum smell packet to it, and then picked out a cute cheerleader outfit for her. Now Lilie Bunny gets pampered and sleeps beside her with her very own sleeping mask. It's adorable, even if the music inside the bunny drives me bonkers. We also enjoyed the Bass Pro Aquarium and Wild Life museum. Holy Cow! That place is huge, and amazing. It was a lot of fun (and walking!) and there were so many neat things to see! We could have probably easily killed the whole day there. As it was, our feet were getting tired and we still had a long drive home. So instead of a nicer dinner out we made due with a McD's happy meal, and Starbucks for mom & dad before heading back home. 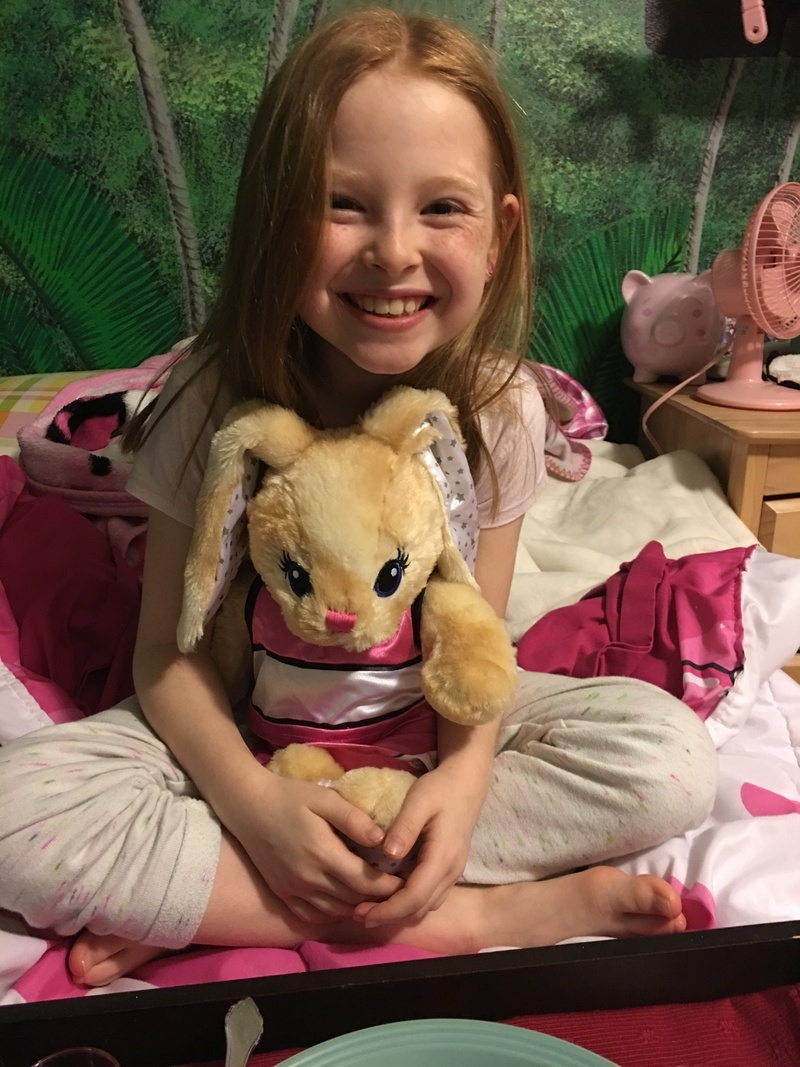 DAY OF THE BIRTHDAY: #theGingerGirl requested chocolate chip pancakes for her breakfast in bed, and P.F.Chengs style lettuce wraps for her birthday dinner. Plus I took my baking game for an adventure and made a rainbow-layered unicorn cake. Let me tell you; that was the hardest cake I've done yet, but also the most fun. I had to do the layers of the cake twice (because the first set of layers didn't turn out how I wanted them to - they were uneven and lumpy), so I was glad I had thought ahead and bought an extra cake mix just in case... But it turned out great, and Aylin was blown away. It was totally worth it. I went with the Unicorn/Rainbow theme - and made a homemade birthday banner. She also got a new unicorn beanie boo, and a locket necklace. 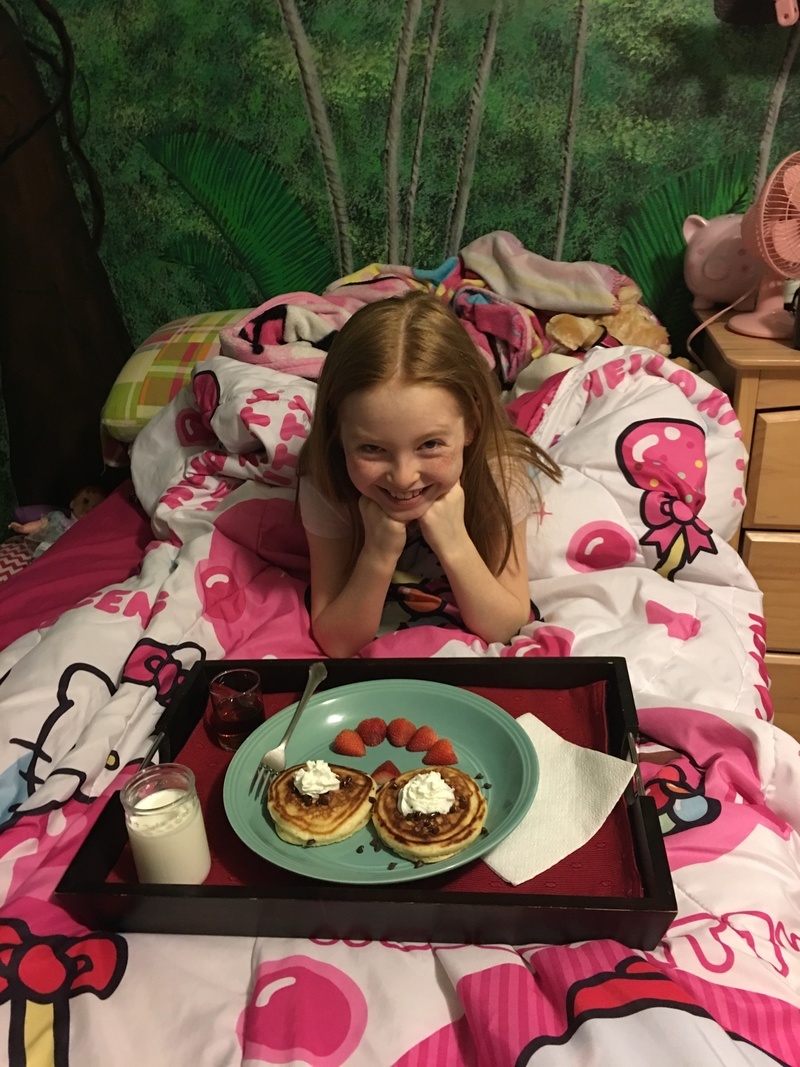 All in all, I think she got everything her sweet little heart desired, and then some. It's been a fun tradition to do a birthday experience of some sort each year. She had been really hoping for a party with friends, but I think(hope) that ultimately the fun memories we make will outweigh the need for a party with friends. Because while I love doing fun things and going over the top for the family - the party with friends idea stresses me out. Our house isnt big enough to host a lot of people, and February is just such a gamble for hoping for nice weather to do something outside.

Finally - a fun little bit of celebration is in order as I (Teena) have been working hard at losing weight. With a little pharmecological assistance and sticking with a low carb - smart eating diet; I've managed to lose 15 pounds so far! My goal is to be down 20 pounds by the time I have surgery in March, which I am on track for. I just need to keep making good choices and stay focused on the long term benefit (being healthy, more energy, better quality of life, etc) rather than feeling sad because I want a sweet treat. Most of the time it's not been a problem. But occasionally I slip up. Generally I have been doing really well with it as long as I stay out in front of it, and have food handy that both appeals to me, and fits my guidelines. Because if I don't have something handy, easy, or already planned all bets are off and the plan goes out the window. So, here's to heatlhy choices! 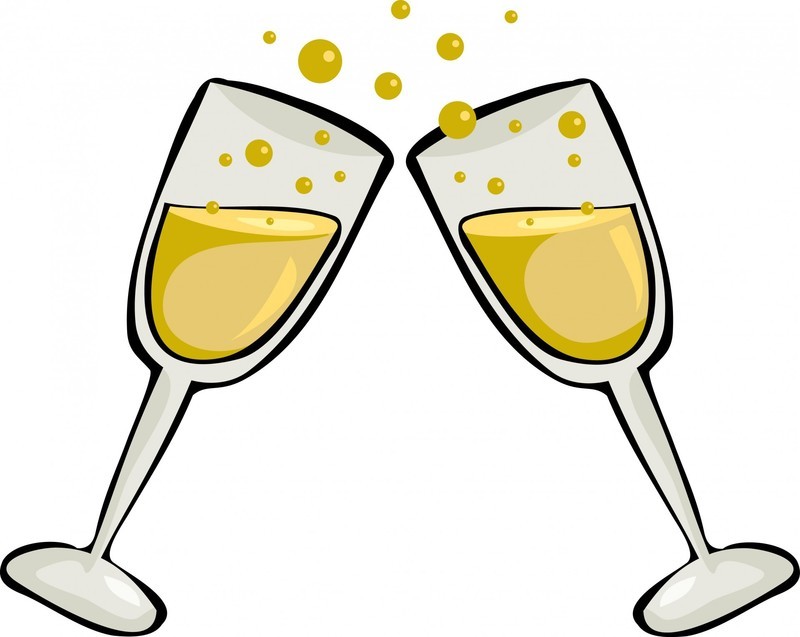