As I sit in the shade on a bench at a park while my monkey swings her little heart out, I’m reminded of how fortunate we are to be living downtown in a newly vibrant community. There are positives and negatives to a growing city, but generally the experience has been really good for our little family. I enjoy being able to be a thriving social introvert and engaging with people when I want to and as I’m able, and then hiding in a hole when I need to as well. I hope that over the next several years as the area continues to grow that we don’t lose the charm and sense of community that we still have.

Having said that - here’s a little recap of what we’ve been up to this last month! 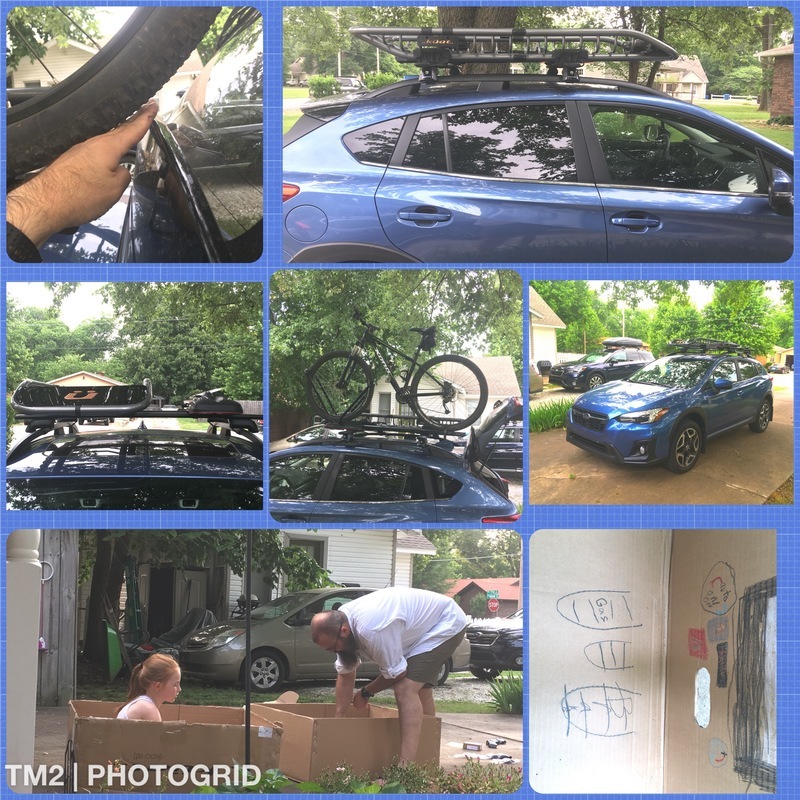 The Blubie (Blue Subie, like that?), got a few accessories so that we can haul bike(s) & other things™️. While the Bearded Guy assembled & mounted the bike rail and cargo basket, The Ginger Girl used one of the giant shipping boxes to make herself a car. 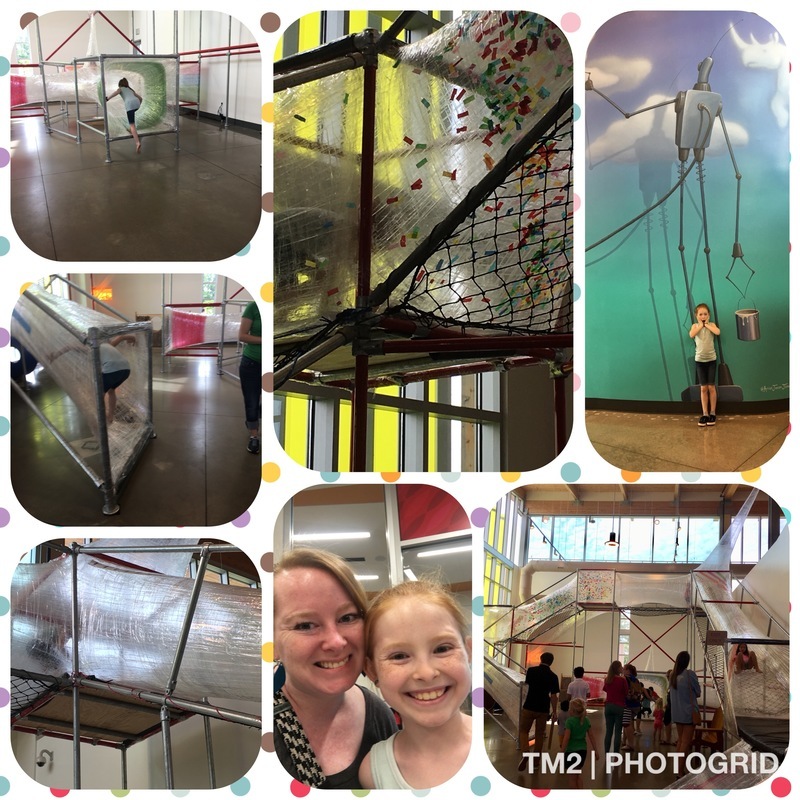 The Ginger Girl and I spent the day at the Amazeum, and she looooved the giant tunnel and slide that was made entirely of clear tape!  It was pretty amazing. She also found a Pegasus in the “how gears work” area and may have spazzed a bit.

Something we've been praying about and chewing on for quite some time now was Jeff attending the Renovaré program. You can read more about it here. But a few fun/interesting points are:

1) it's a direction that our church is also moving towards

3) Jeff got a preliminary acceptance but was told he may not be in this next cohort due to space. On the last day he was supposed to get a decision one way or another when we were starting to question if this was the next step for us or not - he finally got the acceptance letter and was invited to this years program.

It's been an exciting and interesting journey. We are curious to see what God has in store for us in this next phase. But generally what this means is that over the next 2 years Jeff will be going through their Spiritual Formation program that is an online and in person program. Twice a year he'll make the trek to Chicago for their in person sessions, and throughout the year he'll have books to read, papers to write, and group discussions to participate in. 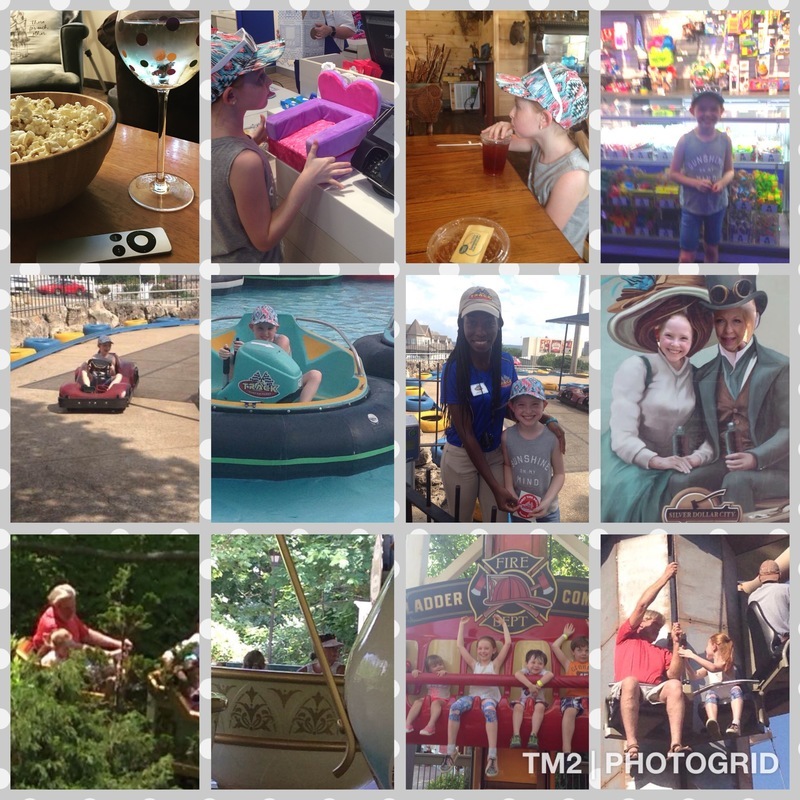 Aylin got to go to Camp Grandma where they took her to Silver Dollar City and rode coasters and other fun rides, then they went back to Branson for shopping and Go-Carts and Bumper Boats. Plus they went swimming (maybe in the Buffalo). I think they all had a blast and were thoroughly worn out by the end of the week. While Jeff and I got a little Peace and Quiet™️. I even got a momma's night in (hello sappy movies, tissues, and wine!!) while Jeff had a Bachelors Party to attend. It was also very well timed because the day Grandma texted to see if they could wisk the monkey away Aylin had been getting a case of the Bored Summer Blues™️ and was beginning to drive me bonkers.

We bought a slip-n-slide and had some wet fun!

The Friday before Father’s Day we got a phone call from Linda that Joe (Jeff’s dad) had been in a wreck with the four-wheeler out on the farm and was on his way to the hospital. They were getting ready to move cattle and while driving up hill the toolbox on the front of the four-wheeler came loose and flew back towards Joe's head. In an attempt to avoid the toolbox he lost control of the vehicle and ended up pinned under it. Ultimately he ended up in a lot better shape than he should have under the circumstances. He fractured his pelvis on both sides but no injuries that required surgery. He spent several days in the hospital before being released to a rehab facility since he wasn’t where he could move around on his own just yet. However as of his birthday (July 3rd!) he has made it home! It will be a long, slow recovery but we are all thankful and grateful that he is 1) alive, and 2) not hurt more than he is. 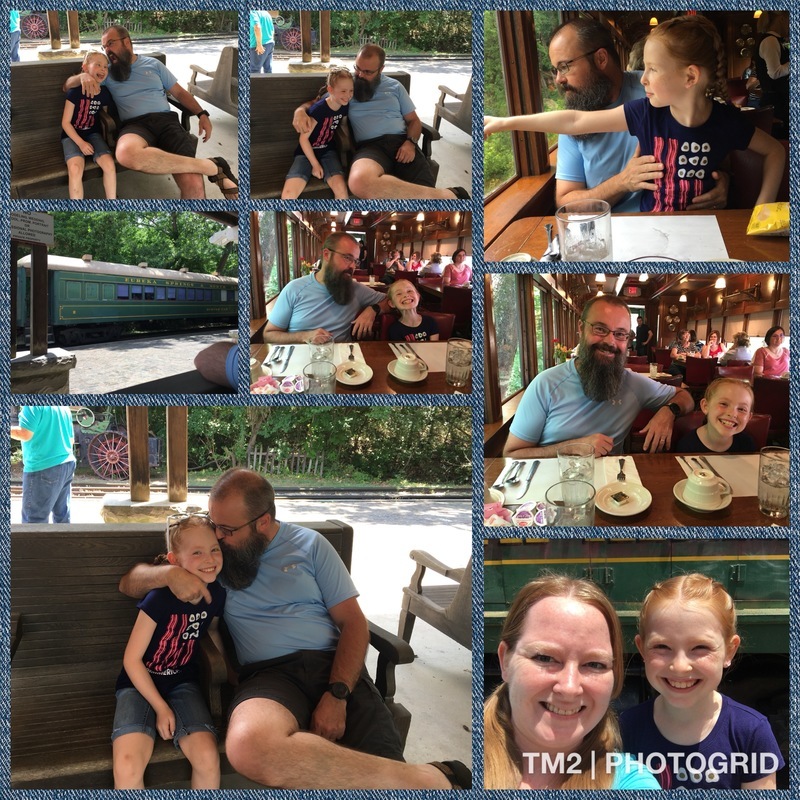 For Father’s Day I surprised both The Bearded Guy and his Sidekick with an excursion on the Eureka Springs & North Arkansas Railway! I got us all tickets for the lunch train and it was super fun hanging out with these cheese balls. We also showered our favorite guy with cheesy gifts, and yummy food because that’s how we roll.

The Ginger Girl has had lots of fun playing in the sun. 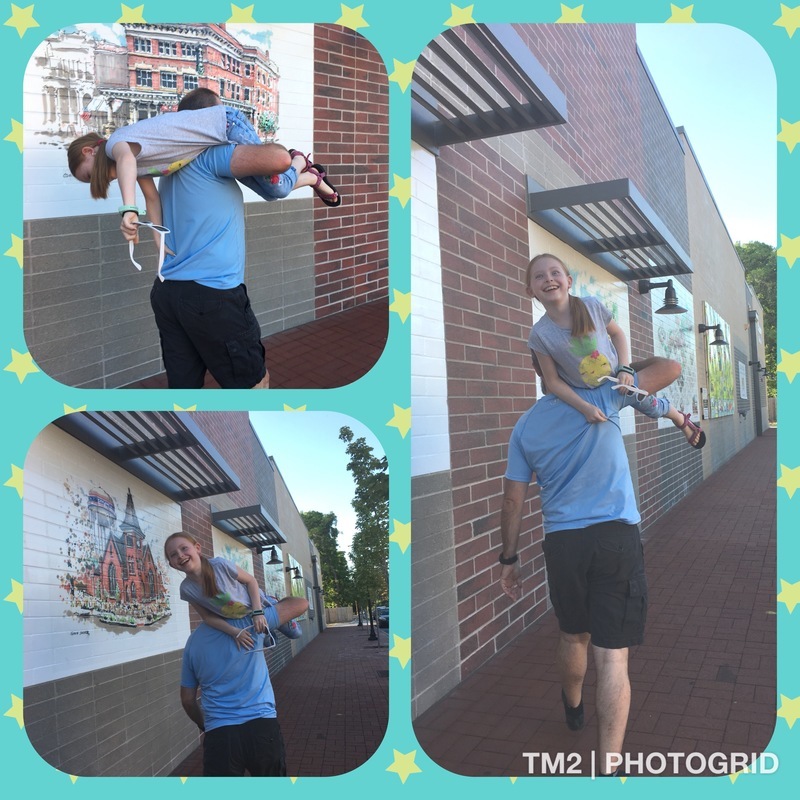 Year 2 of CWE fun! Due to rain (and soggy parking areas) we weren’t able to stick around and get Aylin set up in her cabin. But she wasn’t phased by it a bit. She was SUPER excited for camp. I had been a little disappointed because I wasn’t seeing pictures of her throughout the week, then on Friday the picture that I did finally get I got worried because I thought she’d been crying. {worried momma} Turns out they had been told to look they were doing the craft even though they didn’t yet have their supplies; so her face was actually confused/blank and not sad. So fake candids don’t really work. All in all she had a blast. She did tons of new things: tennis, archery, candle making, soft ball, fishing, aqua ball. She had 2 friends from last year’s cabin that were in her cabin again this year (yay for friendly faces). She spent a ton of time in the water, I think most of her mish-mash time (free time each afternoon where they get to choose what they want to do) was spent in one of the many pools/cove/river. She raved about the food and how she got to have cherry cokes and dessert at lunch every day. All-in-all it sounds like she had the best year yet at camp. We are so glad that we are fortunate enough to have the opportunity for her to go to such a great camp. It’s been a tremendous opportunity for growth in great ways (both for her and for momma). Aylin growing in confidence and independence, momma growing in letting her baby go and giving her space to blossom. Particularly after my little freak out Friday worrying about my baby all to find that it was NBD and all was well. 

AND while the Monkey was away The Bearded Guy and I got to go on several dates! We had a first for us: in 15 years of being together (that’s right! We had our first date on Mt. Nebo in Russellville June 2003!) we had never been to dinner and a movie! We also experienced our first movie with reclining seats - I don’t get to drag him to a movie very often. Aside from our dinner and a movie we opted for apps and adult beverages at Tusk & Trotter, and Table Mesa. It’s fun to get to do date nights with my guy. 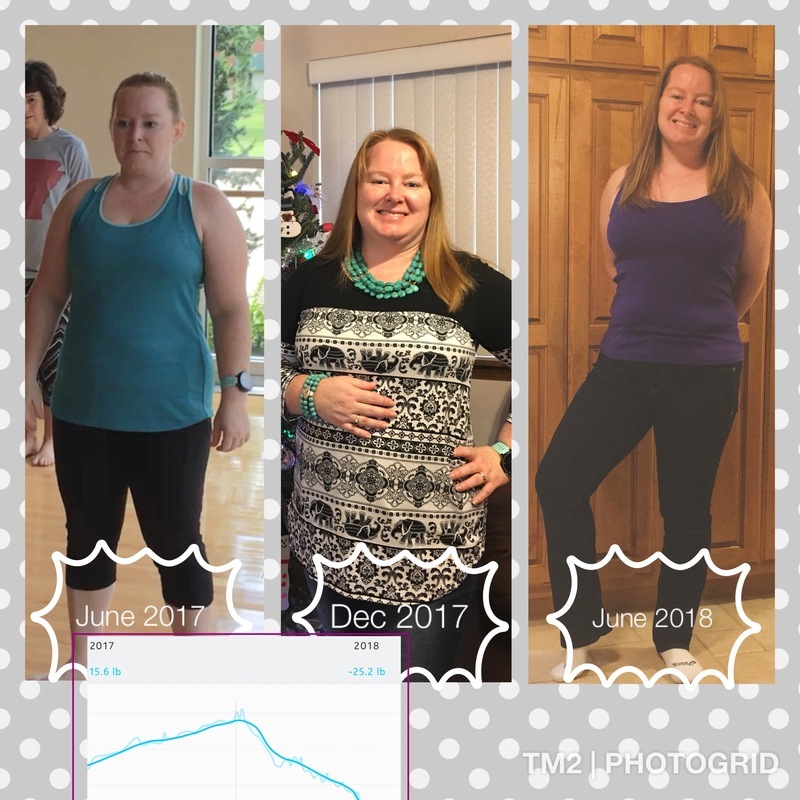 Last but not least I hit another milestone with my weight loss: 25 pounds (+ a little!) lost since January! It’s been really hard, but I am really glad to finally be seeing results. Finding the right diet & exercise routine has not been easy. But I am hopeful that I can continue making healthy choices and continue to make progress. I’m only about halfway there, though, so here’s hoping I can keep the ball rolling and maybe by January I’ll hit my target!