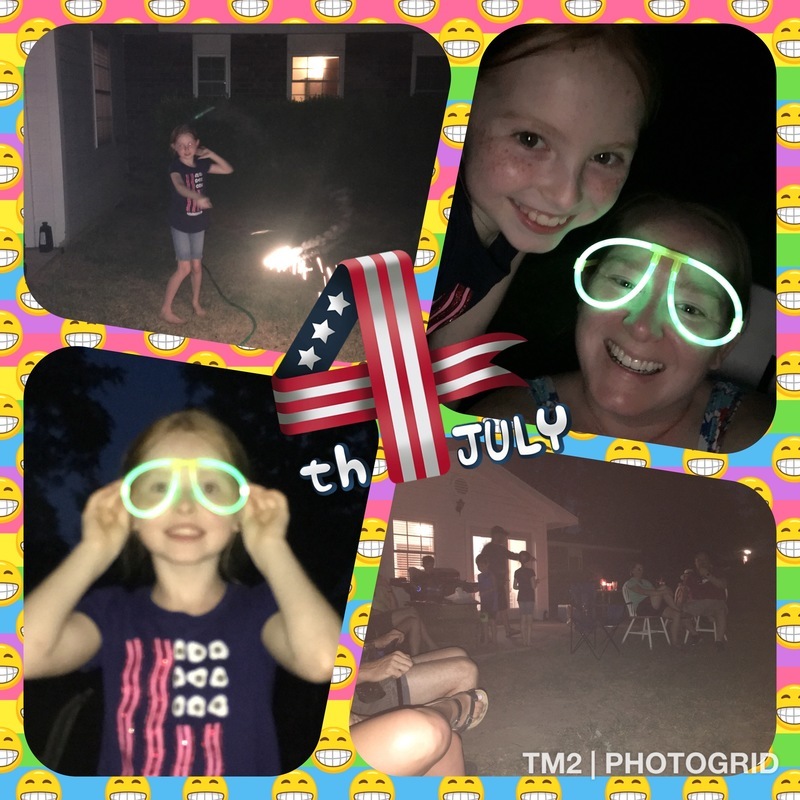 We had some people over on the 4th, we ate lots of food and had lots of fun catching the fireworks over the trees and lighting a few ourselves. Kids got wet, bellies got filled, and lots of words and laughs were loosed. 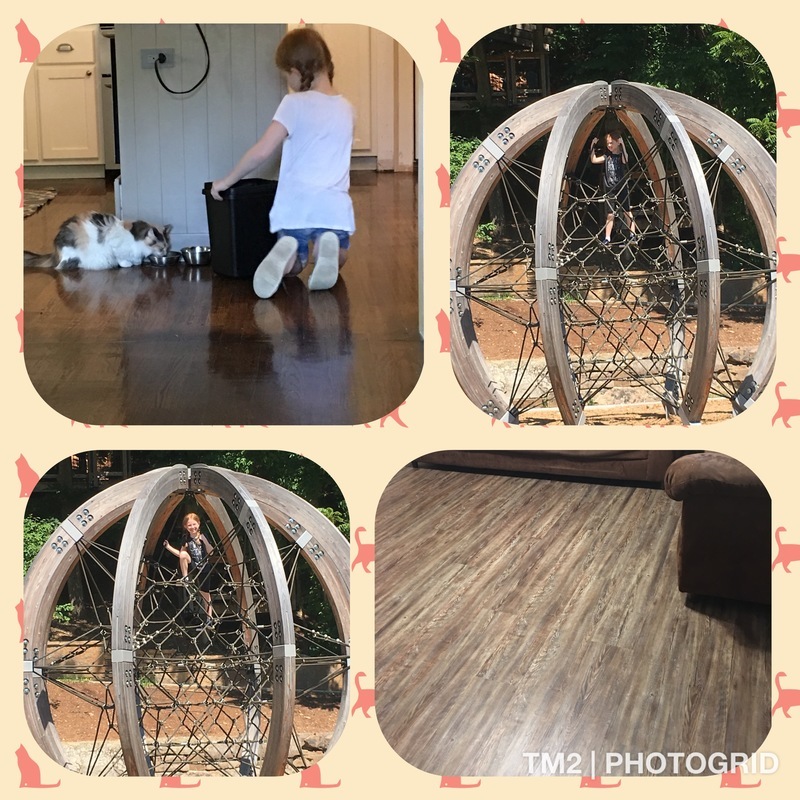 We had a rather exciting weekend where our landlord had new flooring installed. Of course nothing went according to plan, and so we had to be flexible. Initially it was only supposed to take 5 hours, and the flooring company was going to show up between 10-11. So that gave Jeff and I time to get up and about and have coffee then start moving as much furniture out of carpeted areas as possible. Well the flooring company showed up at 9, so we scurried about to try and get a few more things done before getting out of the way. To pass some time we decided to visit Lake Atalanta and Jeff went for a walk around the lake while I hung out with the Monkey while she played. She had a blast until she encountered a bee, which she managed to swat onto her belly and get stung. From there we got smoothies for lunch and killed some time. Then we had some cats who we were cat sitting for so we decided to head over there and give some attention to the felines. After that we headed back to the house since we were past the 5 hour mark. We came back to a lot of work still needing to be done and we were seriously doubting whether we would be able to sleep in our own beds that night. I messaged with the friend whose cats we were watching and asked if we could be weird and take showers at their house so we could go to church that evening and hope hope hope that when we came home from church they would be done with floors. Thankfully, they were done when we got home, and we were able to sleep in our own beds and the new floors look great. 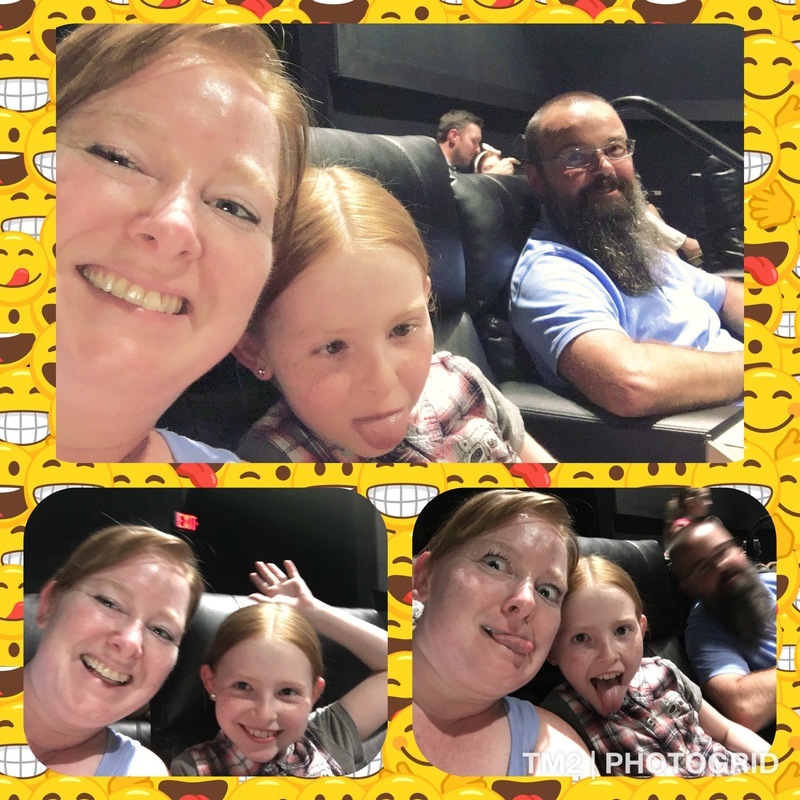 We decided to check out the new Skylight theater downtown (food served at your seat in the theater!) and we watched The Incredibles 2. Great follow up to the original. And yay for boozy-milkshakes! 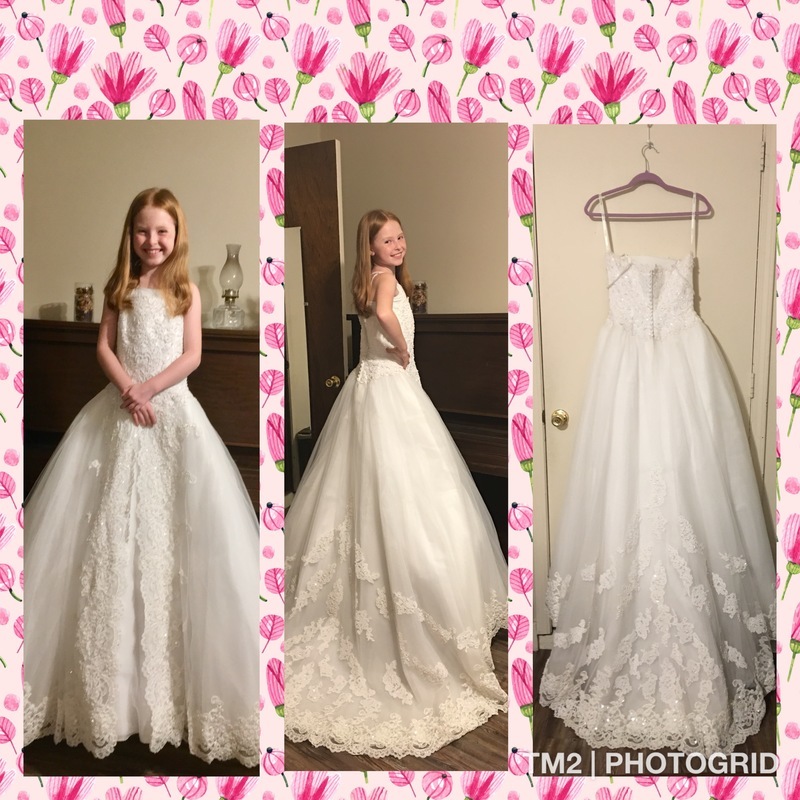 Aylin and I went through my hopechest while it was temporarily not in use as the TV stand, and got out my wedding dress, along with a dress I wore to a friend's wedding, and my prom dress. Aylin had a blast trying on all the pretty dresses! 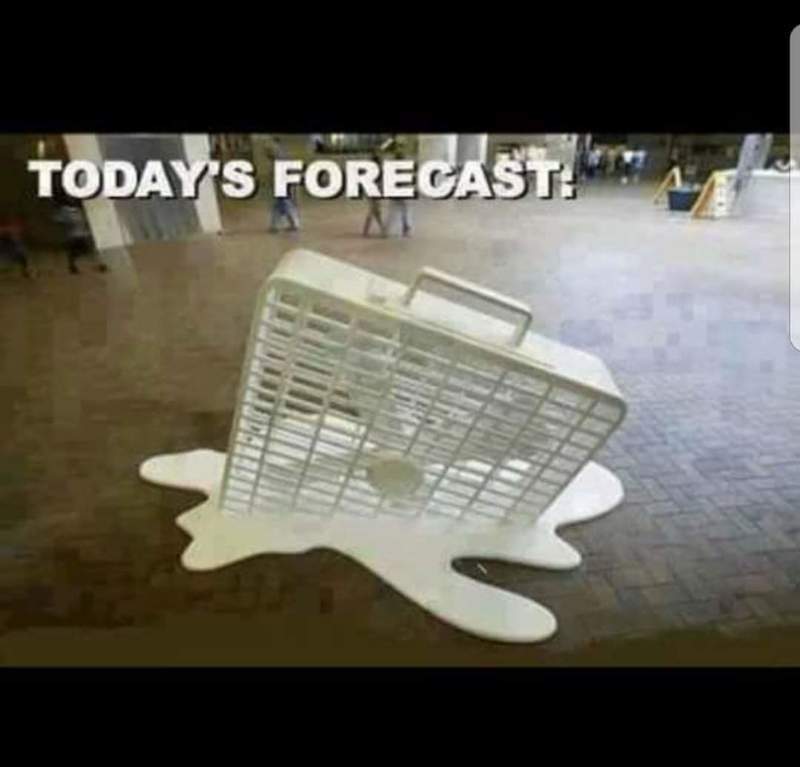 For the month of July we had both usually hot weather - and then at the end of the month had unusually cool weather. When it was hot, it was melt-yo-face hot. It's not my favorite thing. I loved the unseasonably cool weather we got briefly. 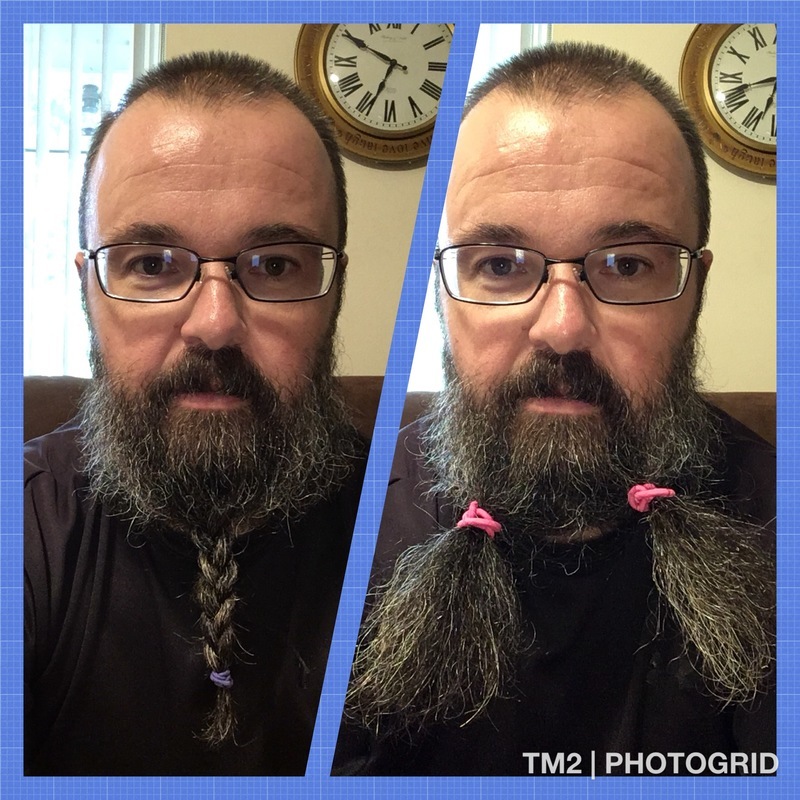 Jeff got brave and let Aylin and I style his beard. Aylin dubbed him Pippy Beard-stalkings. That one'll go down in the history books. 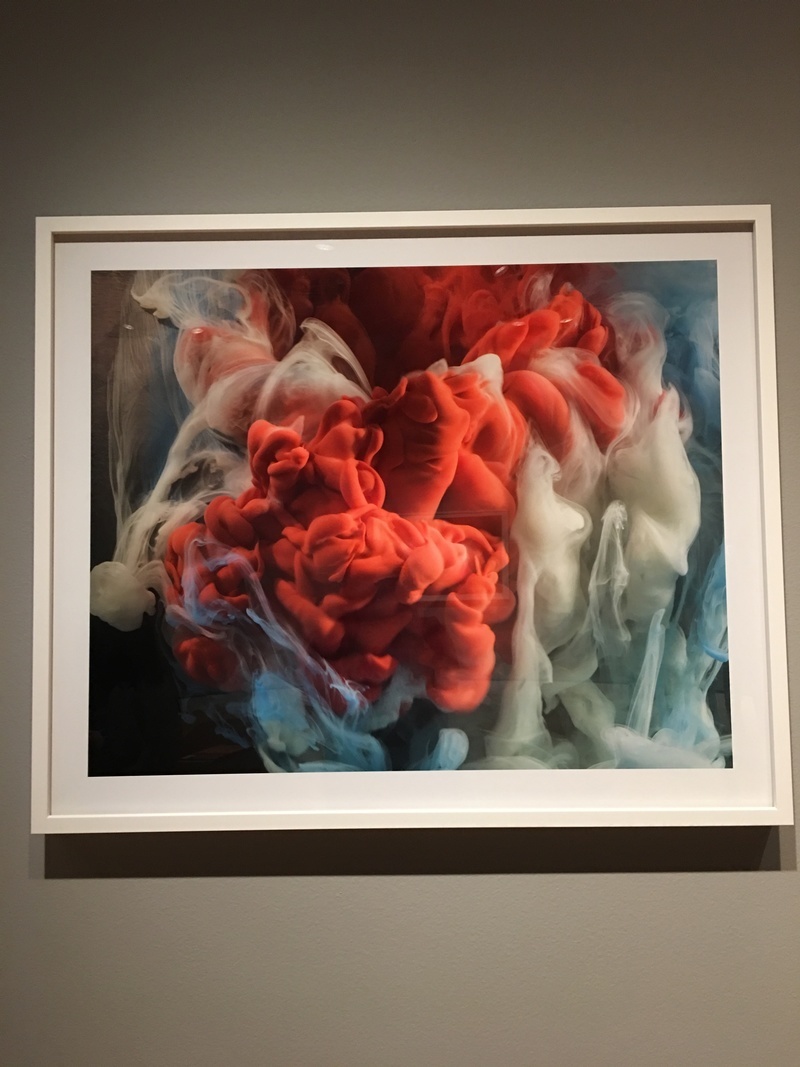 Aylin and I spent the day with a neighbor friend down at The Beyond exhibit at Crystal Bridges (Georgia O'Keeffe, and artists inspired by her works), it was pretty amazing although there were some interesting nudes that I had to steer the Ginger Girl away from. The few that she did catch she was rather incredulous that anyone would want to paint someone naked. It was a bit comical, actually. Aylin was drawn to the skull with antlers and decided that Papa Joe and Grandma Linda needed to see it, so we bought them a postcard of it. We also enjoyed this other one, and abstract by Kim Keever. I dubbed it The Emotional Storm. Because we've had a few of those at our house this month... 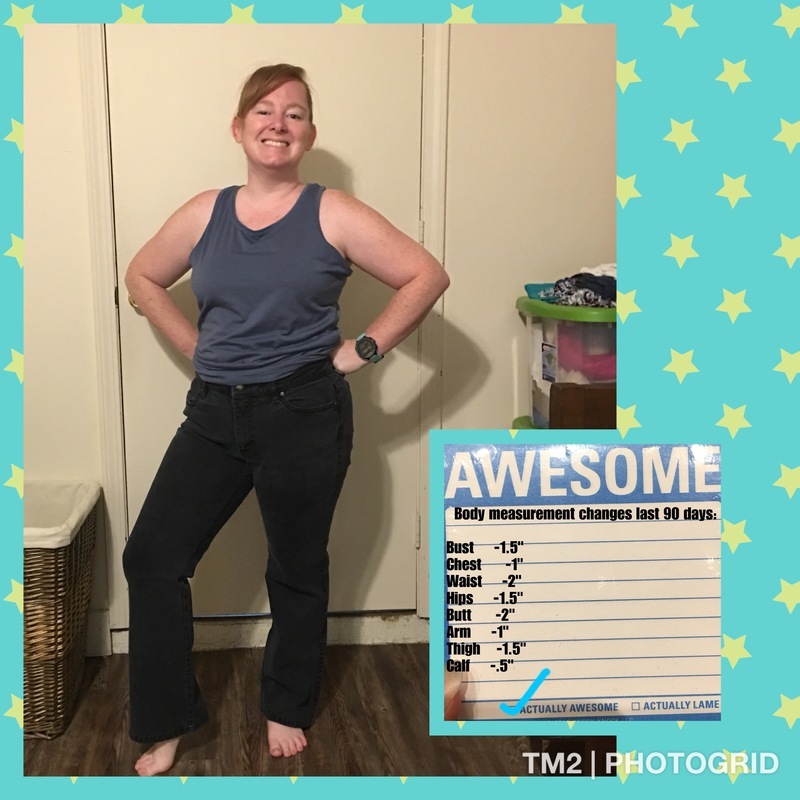 Lastly a quick update on my weightloss journey - I ended the month at 29 pounds lost in total since January, as well as a few other fun stats. The inches lost stats are just since April, because like a goofball I didn't start with measurements like I should have. But I'll take these wins, regardless! It was also pretty fun that when we did go to the museum it was one of those cooler days I'd mentioned so I decided to go with jeans for the day. I put on a pair of skinny jeans I hadn't been able to wear all last year and ended up with skinny jeans that were a bit saggy and falling down on me some. It was a fun problem to have!

And that’s a wrap! 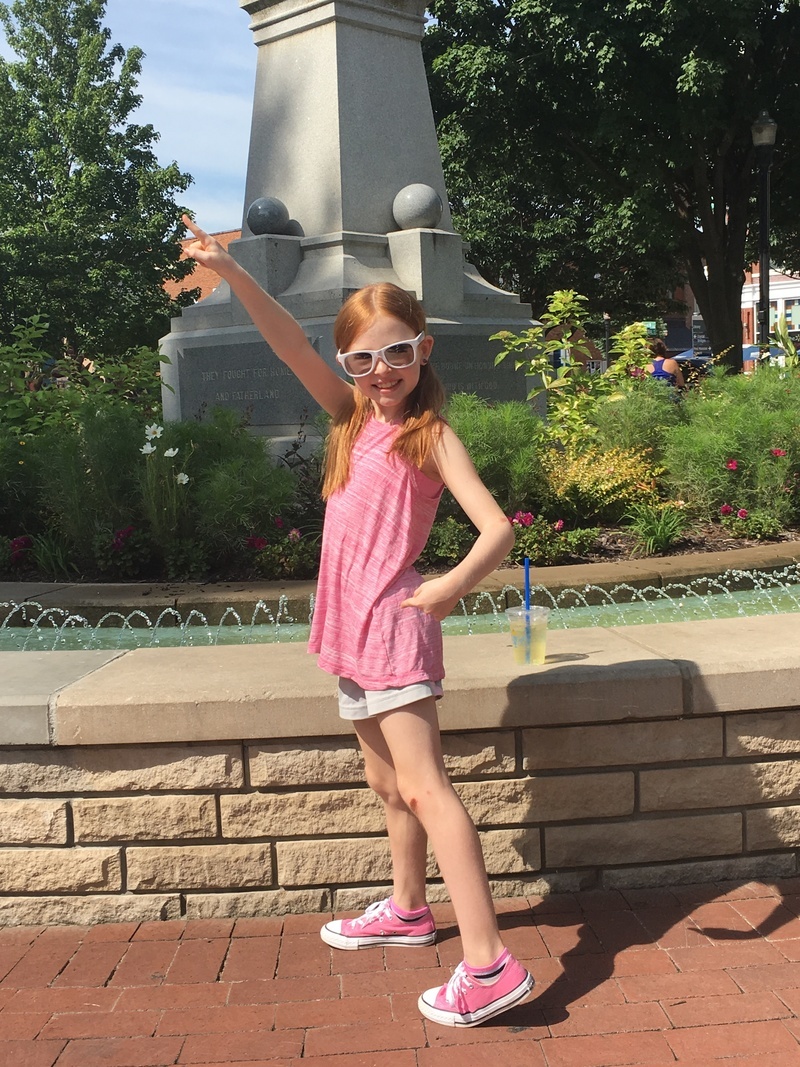